Cineverse is derived from a combination of two words that interprets different meanings. It is “Cinema and Universe” Cinema means “the production of films as an art or industry” and the Universe signifies “Totality”. As the name suggests, Cineverse is a Television show that covers a wide range of cinema news including gossip and controversy on movies, actors, directors, and producers. The show reviews Nepali Film Industry along with Bollywood updates.
The show is divided into three segments. They are; Cinema A-Z (a complete movie review based on Nepali Film Industry and Bollywood Industry), Cineverse shortcuts (short weekly bulletins on the movie industry) and finally, Cine-retro (a reflection on nostalgia where a host initiates a discussion based on Cinema History, All-time Superhits, Trends (now and then), the Golden Cinema period, and many more.) Sujan Shrestha is a cinema enthusiast and a producer/presenter of the show “Cineverse”. He has been undertaking entertainment-related writing on numerous platforms for the past five years. Through this program, he would continue to speak out against the flaws and contradictions in the film industry. As a producer, he would make every effort to promote Nepal's film industry, which is eager to grow. In addition. he delivers a distinctive approach and covers every subject of cinema. 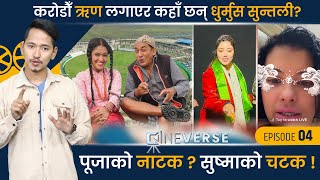 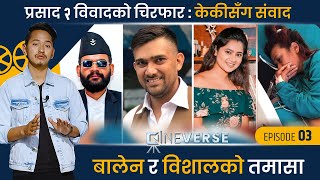 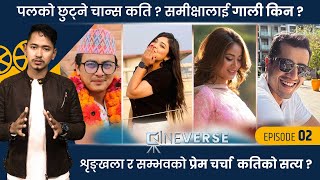 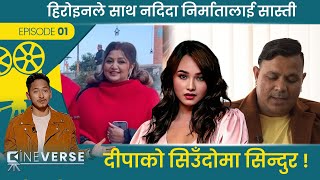